The 4th Retro Cup Flying Meet for retro pattern models was held on the flying field of the Model Flying Club Jauntal/St. Stefan in Austria.

It saw model designs from 1969 to 1987, particularly the classics Marabu, Super Sicroly, Curare, Atlas, Magic, Calypso, Arrow, Komet, and even a Telaves Mark 17 from Switzerland. 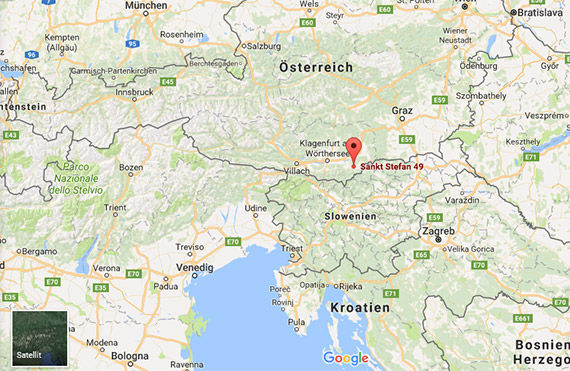 Beautiful summer weather at Sunday was perfect for the contest, which was only one class with a quite simple schedule to attract also pilots who have little time for practising. Still all contestants were well prepared and flew even better than in the last years. 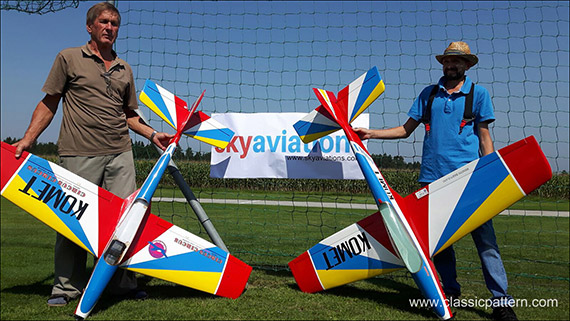 More different model designs than in the last years were shown and flown, some built from plans and some ARFs. Marabu, Komet, and Arrow (and more in the future) by Sky Aviations and the Curare by Schweighofer make for a good range to choose from. 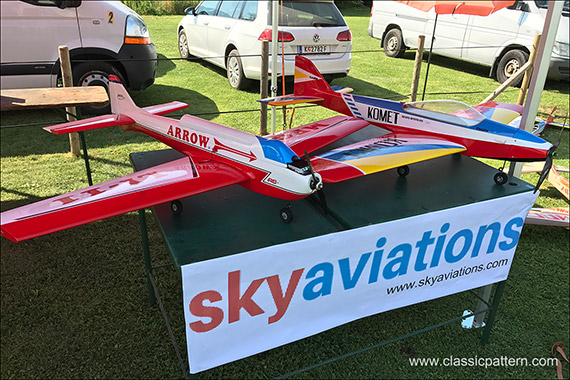 Nearly all models were electric, only Mark 17 and a Magic were glow powered. 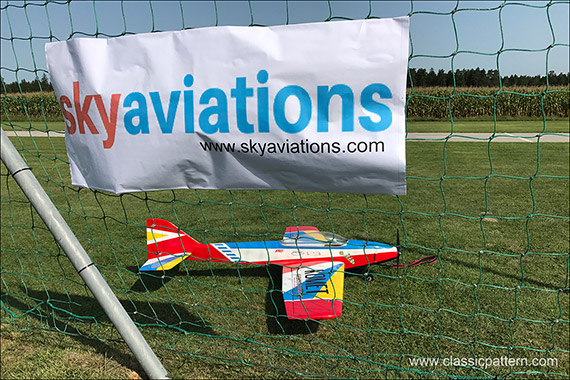 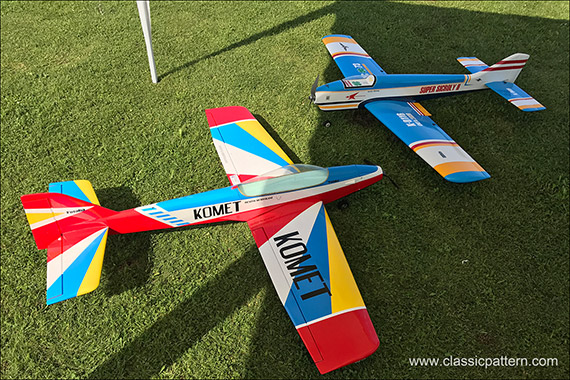 It has an electric drive (Hacker F3A C54, 5000 10s LiPo) and a Brenner Contra gear for counter-rotating props, which makes a noise similar to that of Hanno’s famous geared drive. 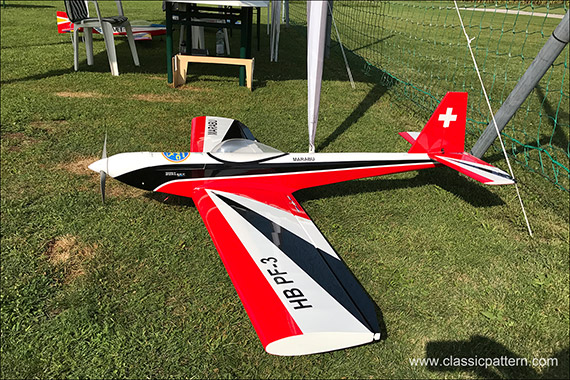 The model weighs in at only 7.5kg (16.5lbs) what allows a slow and elegant flying style. 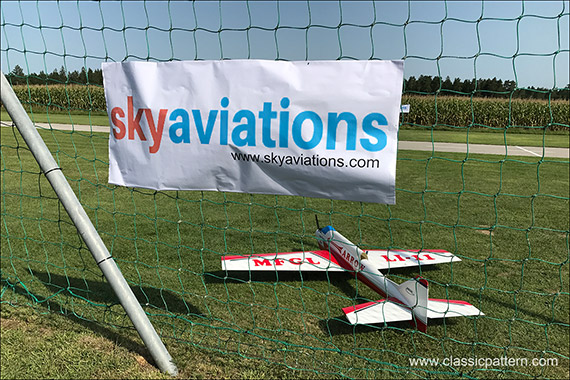 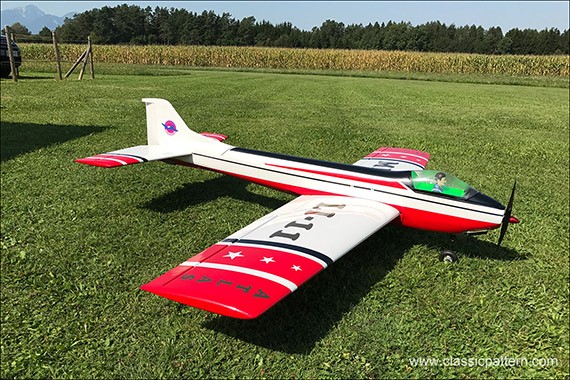 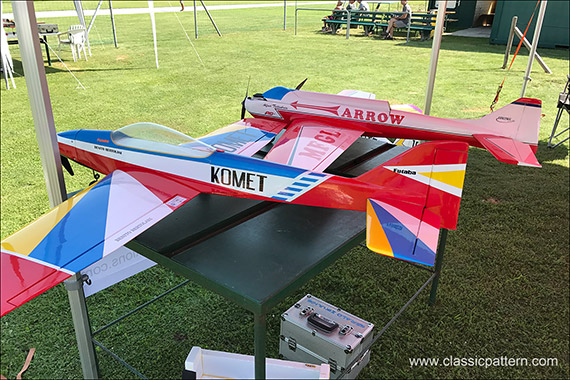 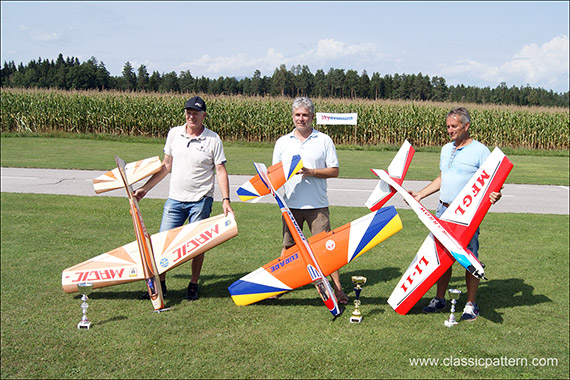 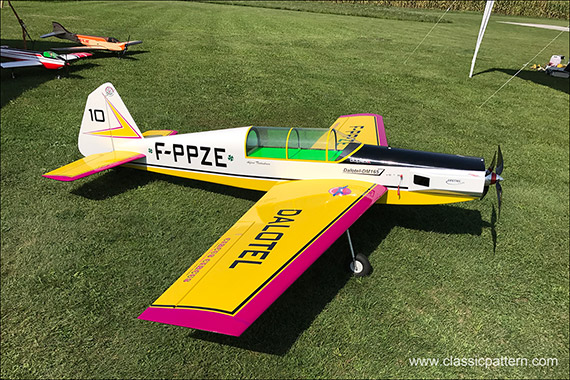 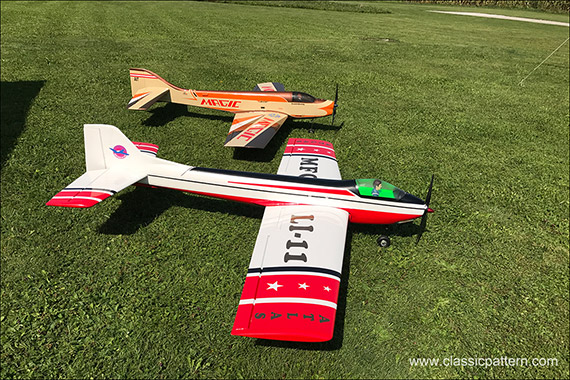 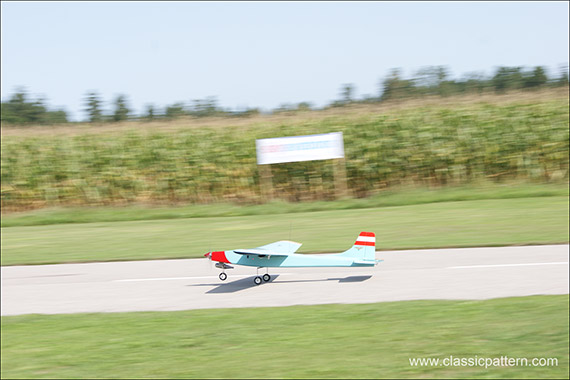 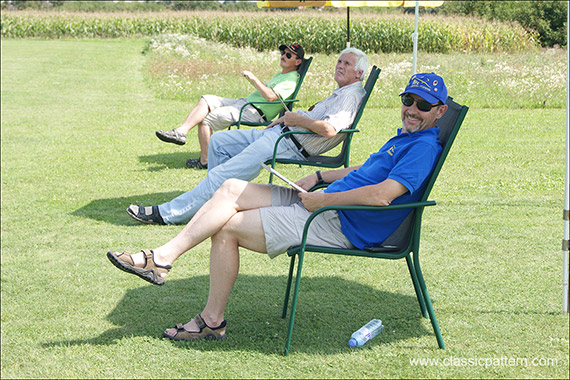 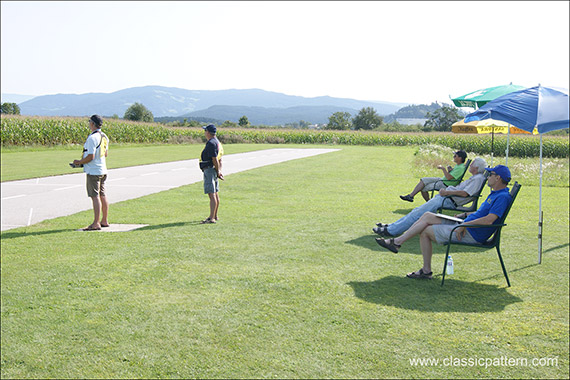 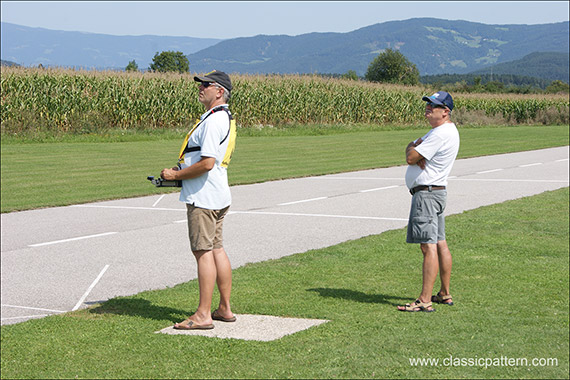 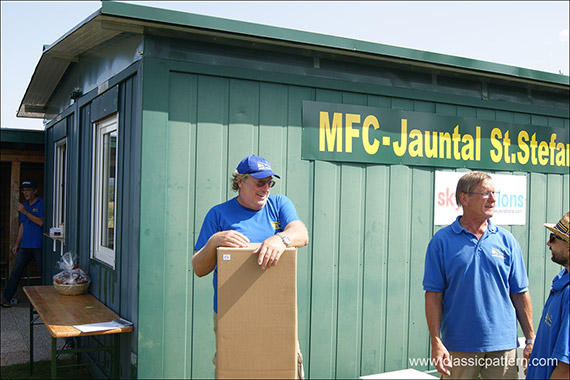 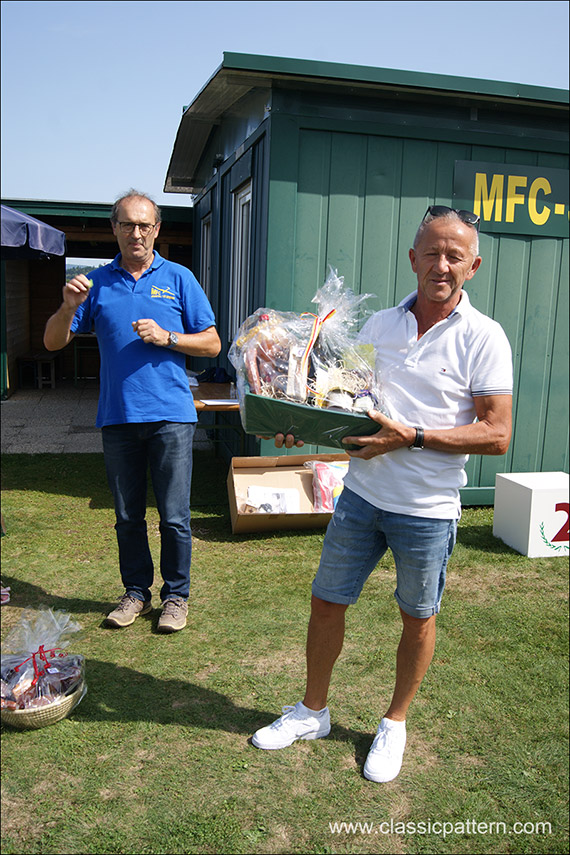 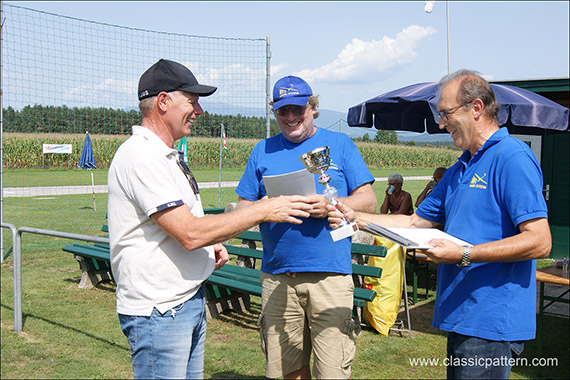 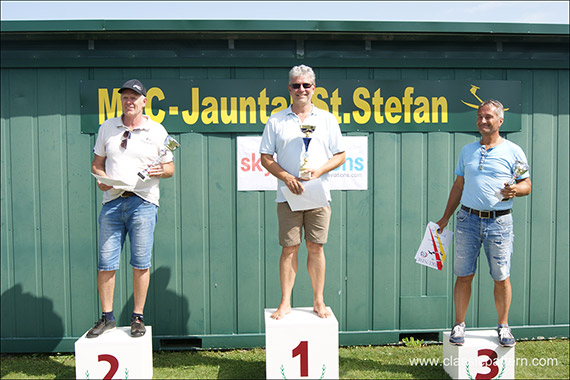