The multiple former Bavarian and German R/C aerobatic champion of 70`s Harald Neckar competed for the first time at the 1973 Aerobatic World championships in Gorizia Italy.  At his first attempt he  achieved 4th place and left almost all of the world’s top pilots in his wake. 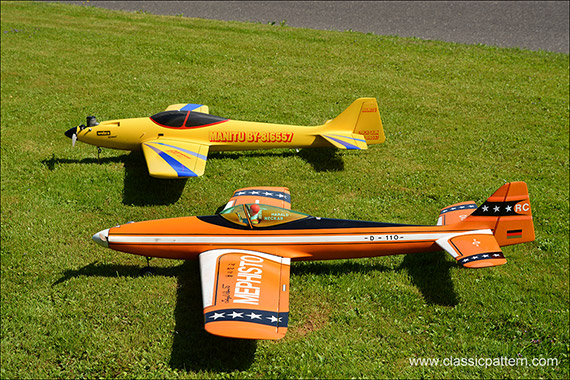 His model was called Mephisto. Our sample here is the original aircraft from this Gorizia competition and which has been in storage for more than 40 years at the Graupner cellar in Kirchheim / Germany. 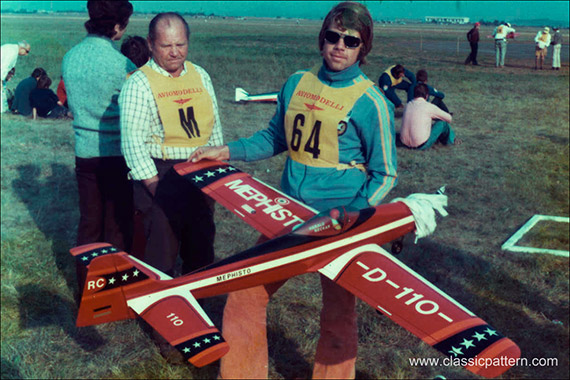 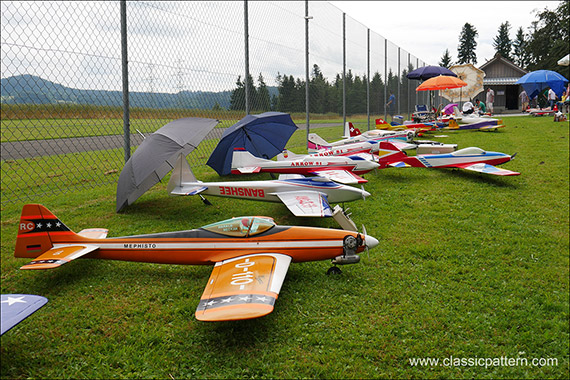 We intended to reproduce this model as our New ARF aircraft, but unfortunately, it is far too difficult. There is no mold, no drawings – only the old original aircraft. It is not easy to copy this original and we certainly don’t want to destroy this historic unique R/C aircraft. 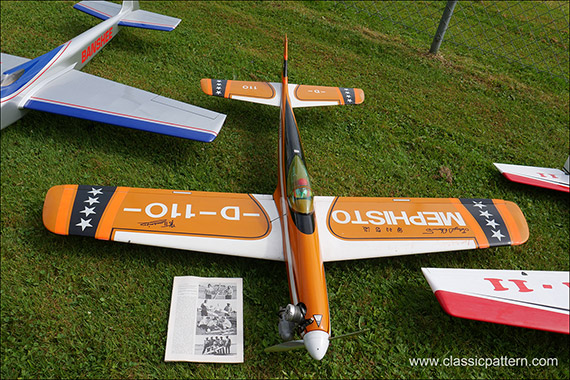 We are lucky that Harald`s helper at the time was the German Erich Gilik. Erich was a gifted R/C modeler. His building constructions and aircraft painting was very professional. Almost the same quality at the famous Japanese R/C aircraft of this era. He built, along with the Neckar family, 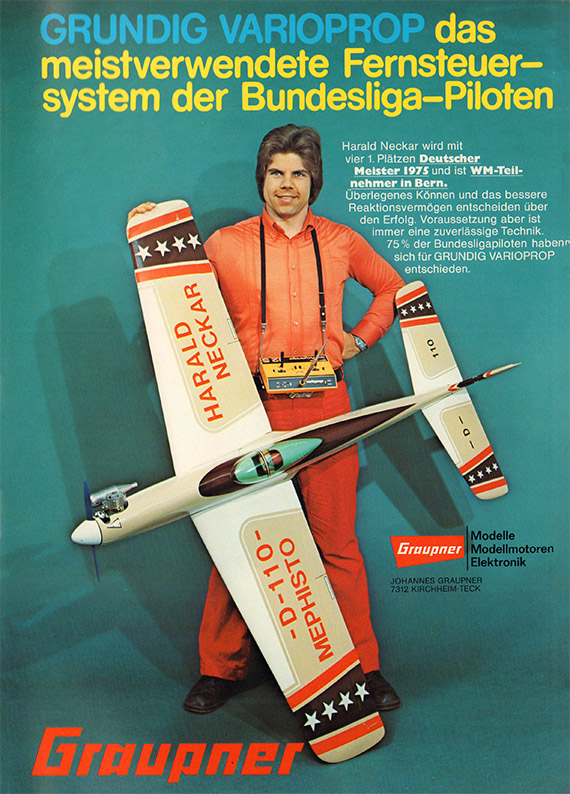 Harald`s new competition plane, called the Manitu. The Manitu has similar outlines and wing as the Mephisto, but the fuselage was a little bit longer.  Sadly, Erich passed away too early and we lost a valuable and skilled modeller. 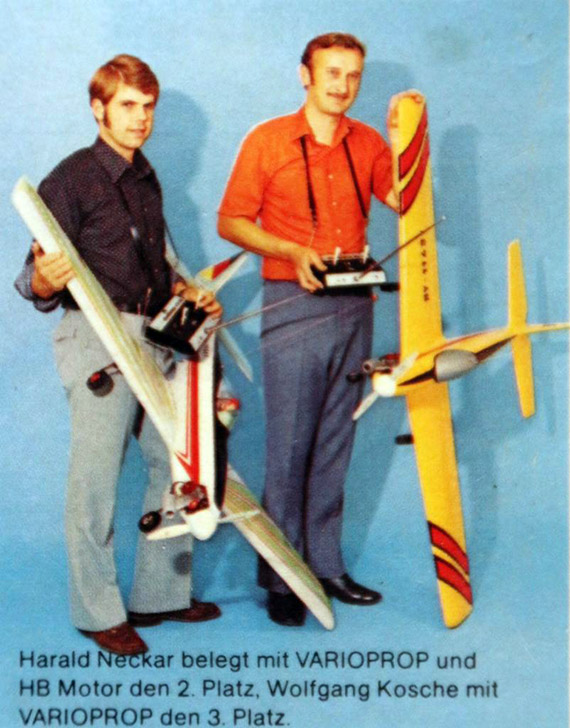 This was 1973 Graupner promotion, left side Harald Neckar with Mephisto, right side Wolfgang Kosche with his plane Kogi (information`s and maybe a kit of Kogi coming soon)

With luck and making contact with Erich’s relations we found the original Manitu molds and took them over. These molds form the basis of our new ARF prestige product: Manitu

The improved Mephisto is our new ARF Plane – Manitu!

We are proud to offer our new ARF aircraft, the Manitu! A direct development of Harald Neckars famous Mephisto design, 4th place in the 1973 world aerobatic championships. Click here to see our new Manitu! 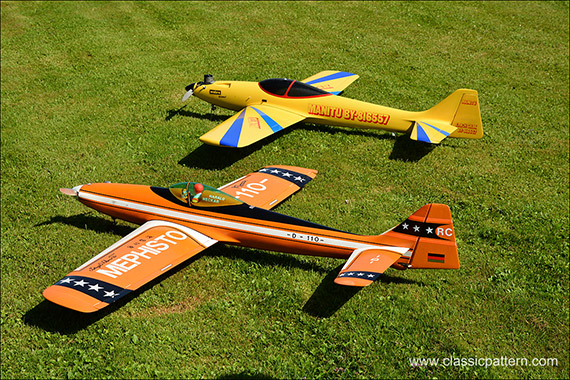