This F3A model Papillon was developed in 1981 by the German F.Grützmacher and manufactured in small series. It could be operated with side exhaust engine as well as with rear outlet and integrated resonance tube. This report was published in RC Models magazine January 1982.

For a good two years now, there has been a trend towards integrated resonance tubes in RC-I models. This can be seen particularly clearly at national and international competitions. In the RC I Bundesliga, for example, approx. 80-90% of the participants fly models with integrated resonance tubes. The Papillon by F. Grützmacher already belongs to a newer category within this model group with integrated resonance tubes, and it can be seen that development has not yet stagnated in RC I models either. The preferred installation method of the resonance tube so far is to install the motor upright and to fix the resonance tube in the back of the fuselage. This arrangement undoubtedly brought aerodynamic advantages, which became apparent on the one hand in the higher speeds and on the other hand in the smoother flight behaviour. The models also received a visual upgrade in flight. 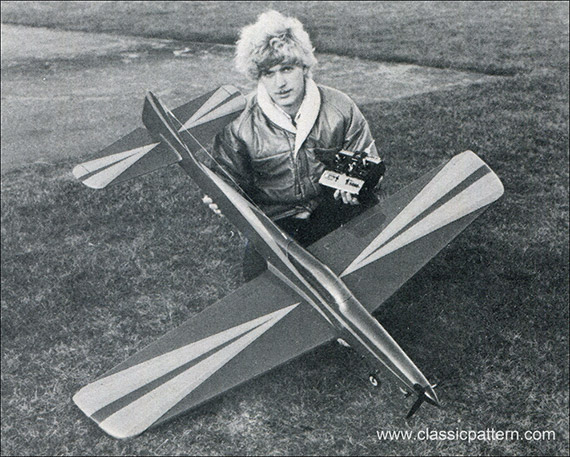 However, in addition to these advantages, problems also arose. In certain flight manoeuvres, for example, the flight characteristics were completely different from those of the models previously used with the resonance tube under the wing. It is therefore not enough to simply place the resonance tube in the fuselage without changing certain values (such as the V-shape). If you keep the V-shape used so far, these models tend to spin further in knife-edge flight. However, this problem can be solved relatively easily by changing the dihedral of the wing accordingly. 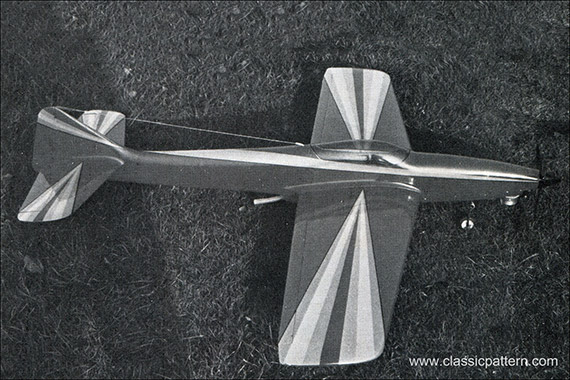 A much more serious problem arises especially in the vertical climb manoeuvres. The models built with a resonance tube integrated in the back of the fuselage tend – due to the changed centre of gravity – to fall into the back. This means that in these manoeuvres it is particularly important to correct with the depth rudder. If you miss the right moment to correct in the turn, the model can no longer be brought to a clean tilt. Changes in the centre of gravity or motor camber cannot eliminate this problem. Since almost all models of this configuration show this bad habit, there were discussions especially among the competition pilots, but no solution could be found. The only thing that was agreed upon was that a model with a resonance tube built into the bottom of the fuselage does not have these problems and that the flight characteristics of a model can be improved even further as a result. The only problem proved to be how to realise this arrangement in view of the hardly available space in the lower part of the fuselage. A solution was shown at the World Championships by Bruno Giezendanner with his Scorpion, but the fuselage was designed very high in the front area, which did not make the model look very nice. 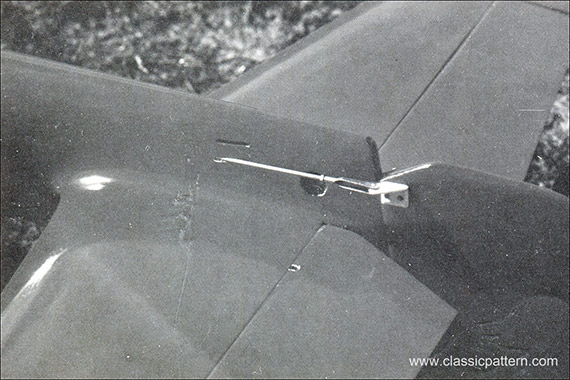 The fuselage of the Papillon is kept very narrow and flat; nevertheless, the resonance tube can be installed comfortably in the bottom of the fuselage. For this purpose, a rear exhaust motor (a side exhaust motor can also be used with an appropriately made manifold) is installed in a hanging position so that the manifold and the subsequent resonance tube pass through the nose gear well to the wing. Finally, a special GRP wing cover allows the pipe to disappear completely, with the possibility of routing the engine exhaust to the end of the fuselage by means of an aluminium pipe. 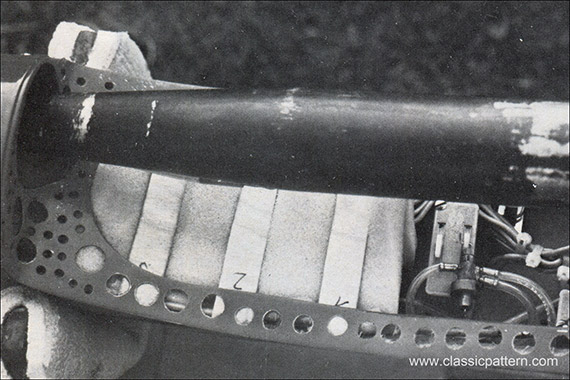 But the interested reader will now ask how the nose gear can still be installed without coming into conflict with the manifold and the resonance tube. The solution is relatively simple. The nose gear is set 0.5 to 1 cm (depending on which make is used) sideways from the centre of the fuselage, leaving enough space on one side for the manifold. After removing the manifold, the four fastening screws can be accessed quickly to ensure easy installation and removal. There are no heat problems, as they occur especially in models with an integrated resonance tube in the back of the fuselage, because sufficient cooling air is conducted through the open landing gear shaft to the resonance tube. Furthermore, by installing the tube in this way, the model can be equipped with a transparent canopy, which can be individually designed. The appearance of the model can be greatly improved by this.

In mid 1981 the first flight of the Papillon took place in good weather. As with any new model, trimming was necessary, but only very slightly. The Papillon is surprisingly calm in the air and very fast, which requires some adjustment on the part of the pilot. The approaches to the figures have to be flown very long and only shortly before the actual figure is switched from quarter to full throttle. The OS 61 VF tail exhaust motor, fitted with a 10 x 7.5 GRP three-blade propeller, pulls the model cleanly and powerfully through the figures, with very little noise. 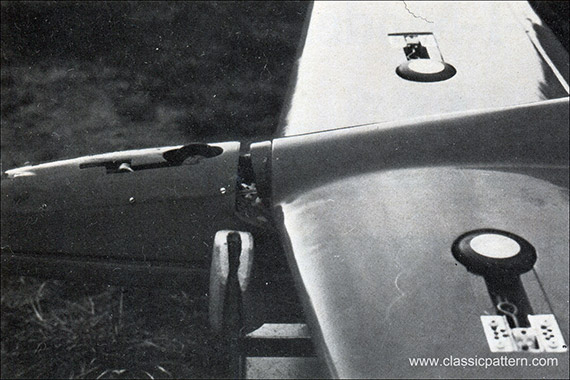 At this point, we should once again appeal to all model pilots to keep the noise of their model aircraft as low as possible. The competition pilots are already forced by the FA1 rules to use three-blade propellers in order to achieve the required 84 db (A) at 10 m distance. But non-competition pilots should also make an effort to fly quietly, because the noise problem will continue to present model aviation with difficult tasks in the future, which can only be solved collectively. The recently favoured argumentation of using larger engines (if possible still with a gearbox) equipped with larger propellers is not a solution to the noise problem, as these engines are not always quieter than 10-cc engines. 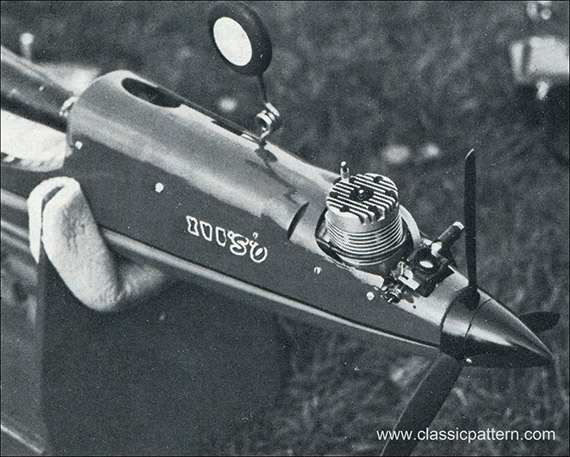 Due to the high speed of the Papillon, hardly any support with the rudder is needed in the 4-point, 8-point and slow roll. In knife-edge flight there is no tendency for the model to break out on altitude or depth, and holding with the aileron is not necessary. Turns can be flown particularly well, as the Papillon does not fall in the back. The pilot can fully concentrate on the clean tilting of the model. Spins and opposite rolls can be flown effortlessly.

In summary, one can say that the Papillon has good flight characteristics, but that, as with other new gliders, one needs at least 30-40 take-offs before one has fully adjusted to the model and changed small things (trim lead, adjustment of the rudder deflections). After that, above-average performance can be achieved. For example, the designer won the state championship in North Rhine-Westphalia with the Papillon at the first competition.