Jean Stampe flew with the Belgian Flying Corps during the First World War, and during this time he met Maurice Vertongen. Together they set up the Stampe and Vertongen Company at Antwerp-Deurne in 1923, becoming one of the largest flying schools in Belgium and possessing maintenance and ferrying contracts for the Belgian Air Force.

Georges Ivanoff was a designer working for Stampe and Vertongen, and at the request of Jean Stampe, designed a trainer biplane which enabled better access to the front seat, with the top centre section moved forward. This idea followed the designs of Geoffrey De Havilland’s DH82, which had swept back wings to compensate for the forward centre of gravity position. The first of Ivanoff’s design had only the top wings swept back, and, powered by a Gipsy Major 2 engine, was designated the SV4, and registered OO-ANI. 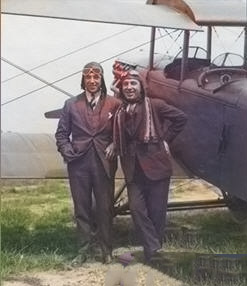 The SV4 first flew on 17th May 1933, with Jean Stampe at the controls. The company manufactured six SV4 trainers for use in its flying school. Production ceased in 1935 after the death of his son Leon Stampe, but two more SV4s were manufactured in 1937 having been redesigned by Demidoff with two extra ailerons, and with a changed tail section.

Two more SV4s, OO-ATC and OO-ATD, were built in 1939 to enter a competition to find a new trainer for the Belgian Air Force. This time Demidoff once more redesigned the tailplane and swept both wings back. OO-ATD won the competition and was sold to Baron Thierry d’Huart.

On 4th July 1941 this aircraft was flown to England from the grounds of Chateau Ter-Block when occupied by German Forces, by two Belgian Air Force pilots, Michael Donnet and Leon Divoy. An account of this adventure can be found in Donnet’s book “Flight to Freedom”, published by Ian Allen. 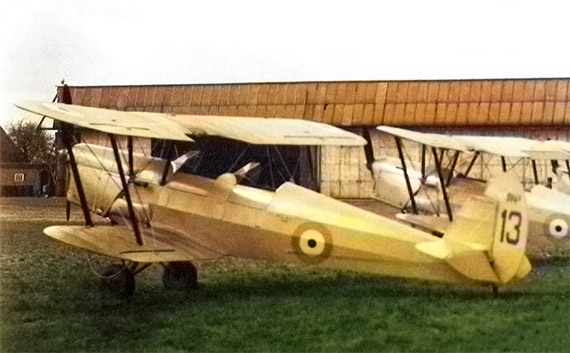 In1939 the Belgian Government ordered 300 SV4s, and production was set up in Antwerp and at the Farman company in France under licence. The Antwerp factory had completed production of the first batch of 30, just three days after the Germans invaded Belgium on 10th May 1940. France had also ordered 600 machines, 10 of which were also completed at the Antwerp factory, with the Renault 4PEI engine. The only SV4 which survived World War 2 was OO-ATD.

Postwar, Belgium and France were in need of trainers to recreate their Air Forces, and the SV4 was a logical choice considering the lack of available alloys. The state run SNCAN manufactured 701 SV4s, nearly all having the Renault 4P engine, between 1945 and 1949.

In 1947, a contract for a further 150 aircraft was given to the Algerian Atelier Industriel de L’air, and were serial numbered 1001 to 1150. These aircraft are said to be of superior quality having been made from better alloys and high grade spruce and ash, as opposed to SNCAN where Jean Stampe was known to be unhappy with production quality.

In 1947 Jean Stampe met up again with Alfred Renard who had been with the company until 1930. Together they set up the Stampe and Renard Company in Antwerp and produced 65 SV4b aircraft with the Gipsy Major 10 engine, for the Belgian Air Force.

France created the Societe de la Formation Aeronautique with 500 Stampes spread amongst aero clubs and National Flying Centres. The SV4 was the mainstay of aerobatic competitions until the 1960s, when the performance of Pitts Specials and other aircraft left the Stampe SV4 behind.