Benito Bertolani, born in Sorbano del Giudice (Lucca) on the 2nd July 1938. The premier veteran of Italian model flying.  At the tender age of 9 years little Benito found his way to model flying. He started with free flight gliders.

In the age of his youthful storm and urge he also stopped his model flying activities. However, when he was 25 years old, Benito married his girlfriend of many years, Mariella, and shortly afterwards he started model flying again.  However, now no longer only as a free flight pilot but also as a seasoned R/C pilot. At the same time, he continued his beloved free flight.

He took part in championships in both free flight as well as in R/C Aerobatics. In both disciplines he was extraordinarily successful.

In September 1970 Benito won the Italian F3A national championship in Bologna on 2 days and thus became a member of the Italian R/C aerobatic national team as Italian champion. His participation at the 1971 World Championship in Doylestown, USA was assured.

In 1993 Benito stopped his activities supporting long-distance aerobatic events and he sold his company to four of his former employees. 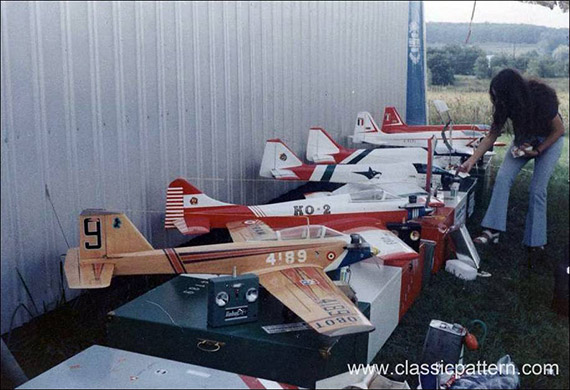 Since then he has returned to his favourite sport, flying free flight in the classes F1A, F1G and also participated in indoor flying. 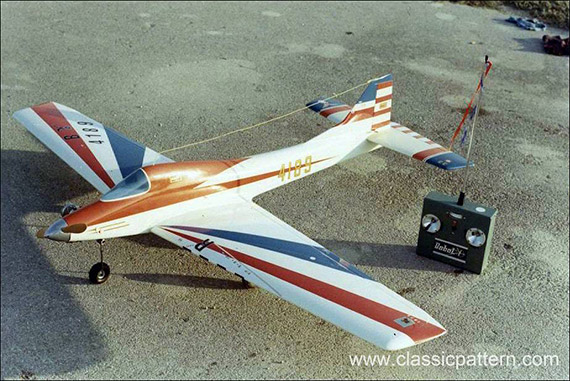 His successes in free flight flying are grandiose and remarkable. In 1999 Benito won 7 free flight competitions and came second 3 times. Of course, he also won the F1G Coupe d’Hiver Cup.

He took part in several free flight World and European championships, in Romania, in 2005 in Argentina in 2006 and also competed in Ukraine and Croatia. 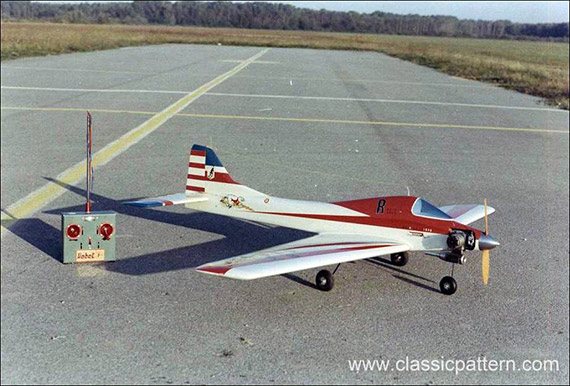 During his 50-year sporting career he has competed in the following countries: 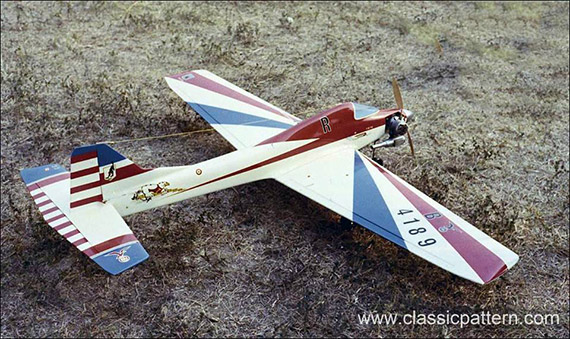 The following aircraft models were designed by Benito and used in competitions by him:

Jolly (in collaboration with the students Scatena and Favilla)

Many of these models were produced and sold as kits by Benito or by other companies. His model aircraft designs were sold worldwide.

Unfortunately, his beloved wife Mariella passed away too early in 2019, we think of her in all honour.

Editor’s note: For me Benito was the epitome of Italian model flying since I started model flying in the early 70s: Rossi, OPS, BB Modellbau – that was the same as Ferrari, MV Agusta and so on…

Benito was the latest to fall ill with Corona Virus, I wish him everything, all the best and that he will continue his free flight sport for many years.

Benito added the following to provide a little history.

Benito Bertolani: This model construction was designed by me between 1968 and 1972 and improved over time. 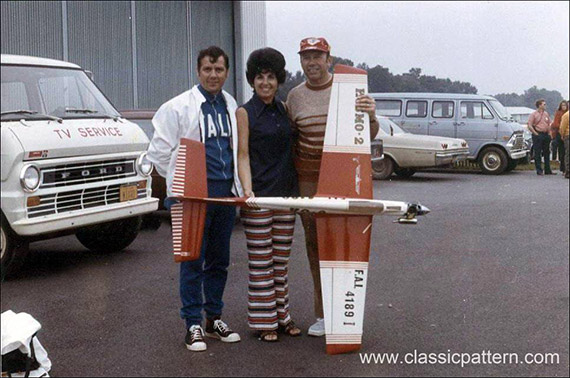 I presented the last stage of development to the public at the 1973 World Championships in Gorizia. In addition, I had another model, the “Settebello” in use. Over time, for commercial reasons, I changed the name of this model to “Italia Uno”. I used both models at the Italian championship in Bologna in 1970. 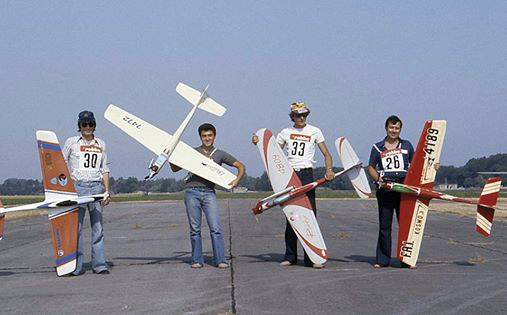 I started building T.R.A.M. in 1968, at that time I was still a total free flight flyer, I had no idea how to use R/C radio control systems until then. The model was designed from the beginning for the new aerobatics program, which was to be valid from 1970. However, at that time I was a friend and helper (pit bitch) and caller for Giancarlo Ricci, he was a very famous Italian pilot at that time. So, I was very familiar with the current aerobatic figures.

The new 1970 aerobatic program included “KNIFE” flight in some figures, I considered aesthetics as well as efficiency in flight when designing the new flying model, good knife-edge flight characteristics were particularly important. This was achieved by the design of the high fuselage. The fuselage contour resembled a “wing profile”.

The prototype was used by Giancarlo Ricci at competitions, the model flew perfectly. Many people were enthusiastic and asked for a kit. 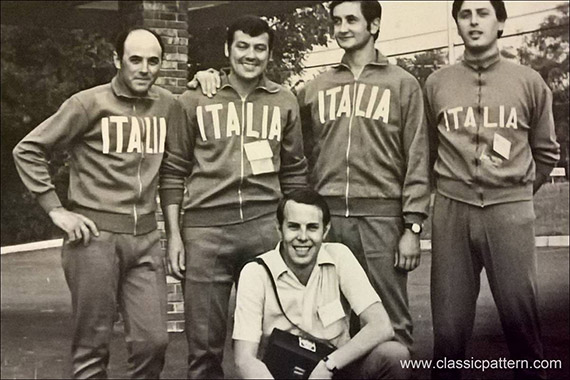 I made 20 kits which were sold in short time. My second friend, Graziano Pagni, he made many flights with the model and gave me some tips to improve the flight characteristics even more.

What does the name T.R.A.M. mean? How did this name come about?

Benito’s T.R.A.M. – In order to fly knife-edge manoeuvres better, the model has a very high nose.

When a friend, a certain Caponi, saw the model for the very first time, he said the aircraft resembled a double-decker bus. This is how the name T.R.A.M. came about – Tram-Omnibus.

There was the TRAM 2P, the TRAM Special and finally the Super Tram.

After another month of test flights, the model was ready and as perfect as I could make it. From March 1969 to September 1970, we trained for 2 hours a day, during which time many aerobatic pilots such as Reineri, Papini, Vinci, Patuelli, Pescarolo and others bought this model kit. All of them were enthusiastic about the flight characteristics. 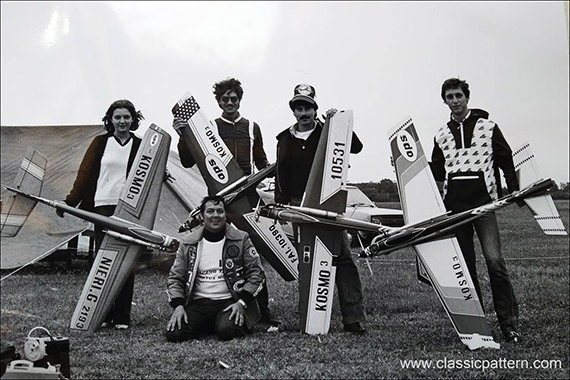 I trained with this model for months, devoting all my free time and energy to perfecting my aerobatic performances. My launch helper was my friend Mariella L’Immensa.

Mariella made many sacrifices. She spent her free time training at the model flying field.

In the 4th quarter of 1970, I competed together with Mariella at the Italian Championships in Bologna. I flew very concentrated. My rivals were enthusiastic, the judges too. Some of my rivals asked me for a test flight.

After these test flights, they were even more enthusiastic about the T.R.A.M.

After the competition, the award ceremony began. I stood at the top of the podium!

This is where my story with radio-controlled aerobatics begins!

After the Tram project, Benito started the next project, the KOSMO 1. During the first flight he had radio interference, the model was completely destroyed by the crash.

Then he built the Kosmo 2, in this plane Benito used a more reliable radio system.

Many of these models were produced and sold as kits by Benito or by other companies. His model aircraft designs were sold worldwide. 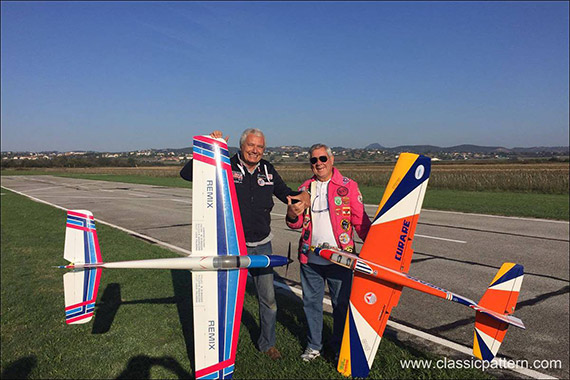 Finally, Benito designed and built the Kosmo 3. Shortly before its completion, the owner of Mantua Model, Poldi, asked him to build a smaller demonstration model of the Kosmo (about 1/3 of the original model size) and show it to him. This model was then photographed. This photo can be seen on the Mantua Kosmo boxes to this day. The Komsos were powered by OPS engines, due to an agreement between the OPS boss Muzio and Benito. 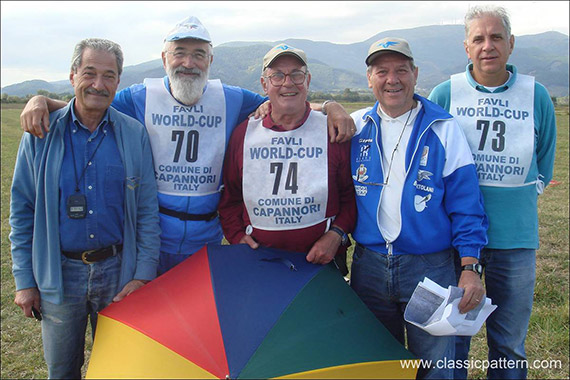 The distribution of the Kosmo was taken over by Mantua.

A little later (1977) Benito wanted to have his “own” competition model, so he decided to design a new model based on the new FAI aerobatics programme which came into force in 1979. 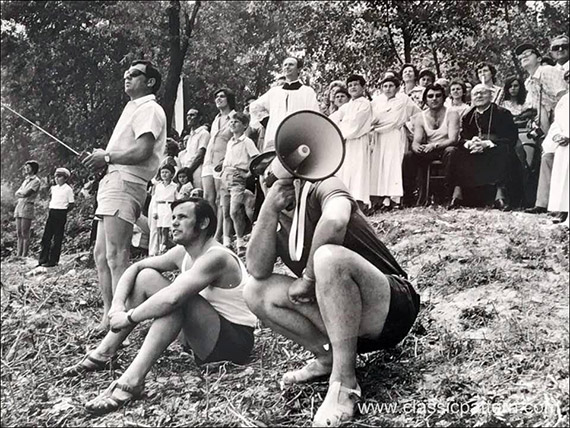 This was the birth of the Komet.

In fact, the Komets were equipped with the then more powerful Rossi engine. These engines were also used in TOC competitions.

Thanks to Cristano Giostozzi and Martyn Kinder

Editor’s note: For me Benito was the epitome of Italian model flying since I started model flying in the early 70s: Rossi, OPS, BB Modellbau – that was the same as Ferrari, MV Agusta and so on…

Benito was the latest to fall ill with Corona Virus, I wish him everything, all the best and that he will continue his free flight sport for many years.